is a digital creator, baker, host, and self-taught baking extraordinaire that channels her creativity into edible art. With over 5 million followers, Laurie partners with brands like Disney, Hershey’s, Google, and Warner Brothers; and has featured on Live with Kelly and Ryan, Vice, YouTube’s Brandcast, and the Sundance Film Festival. Her contagiously adventurous spirit inspires her audience to try culinary challenges of all types, alongside her affable husband Kevin and their fluffy dog Archie. 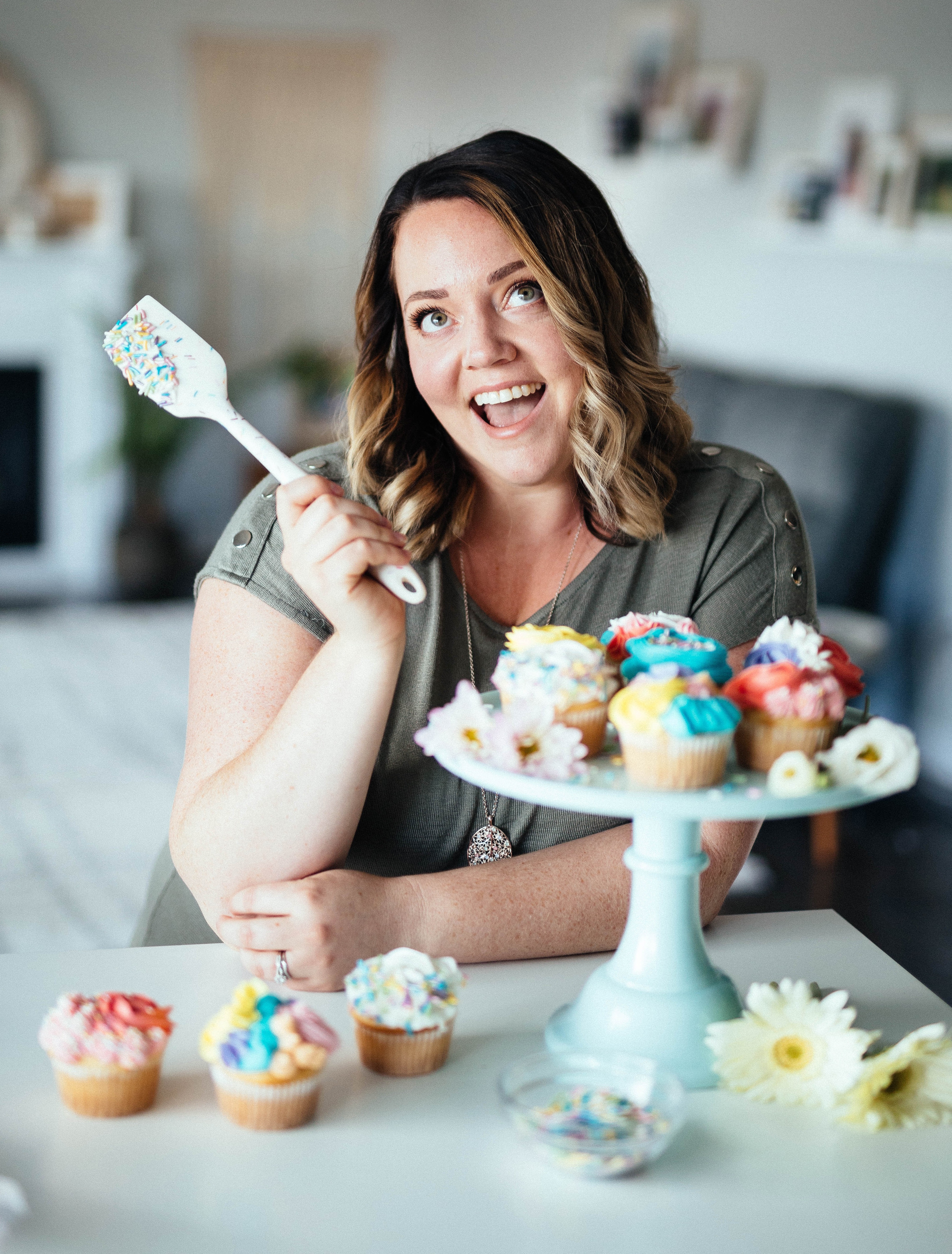 So you want to get to know me better eh? Well to start, I am obsessed with everything crafty and creative. Always have been! Growing up even though I loved art, I sucked at it. My mom can back me up there. Along side artsy stuff I also LOVED baking. Jump forward a decade, I combined my passion of art and icing. Boom “The Icing Artist” was born. You may have thought that the name comes from being a baking bad ass, but you would be wrong. I’m an Icing Artist because icing is the only art I don’t suck at! But let’s back up a tic. Before I went into the cake world, I was a cabinet maker. I know! Odd right?? But I had that stupid pressure of teachers to pick a path in life. Not knowing what to do because I was 14 and didn’t have my whole life mapped out….. I chose woodworking. It was hands on, creative, and I got to play with big power tools. What’s not to love? Well, a lot apparently. I liked it, but it was boring and a lot of the same crap over and over. The best part about being a cabinet making, had nothing to do with cabinet making at all. It had to do with a boy named Kevin. I definitely put a ring on that! It was Kevin’s idea to start a YouTube channel. My whole goal was to share what I had learned so far in the cake world, and build a career for myself. But having no filming background, it was a bumpy start. I was a one woman show for a long time. Doing all of the lighting, filming, editing and of course cake decorating. All the while not being very good at any of it. But I learned a lot, and quickly realized I loved creating videos even more than the cakes. Six years later and too many bumps in the road to count, I have the best job in the world. Where my hubby and I work full time together with our team, travel the world, meet incredible people and create videos for you peeps! XO