is a blind digital star with over 5 million followers, who is also a model, author, and changemaker, empowering people through her vulnerability and resilience. Molly advocates for inclusivity and has spoken at forums ranging from the Davos World Economic Forum to VidCon, Disney, Netflix, Starbucks’s HQs, and the Library of Congress; she has been the global face of brands such as Aerie, Samsung, Disney, Dove, Microsoft, Tommy Hilfiger, & Crocs; and has been featured in publications ranging from the Wall Street Journal, to People, Paper, Adweek, & Allure–as a one of 19 members of the Allure A List (“honoring the people driving and shaping the future of beauty.”) 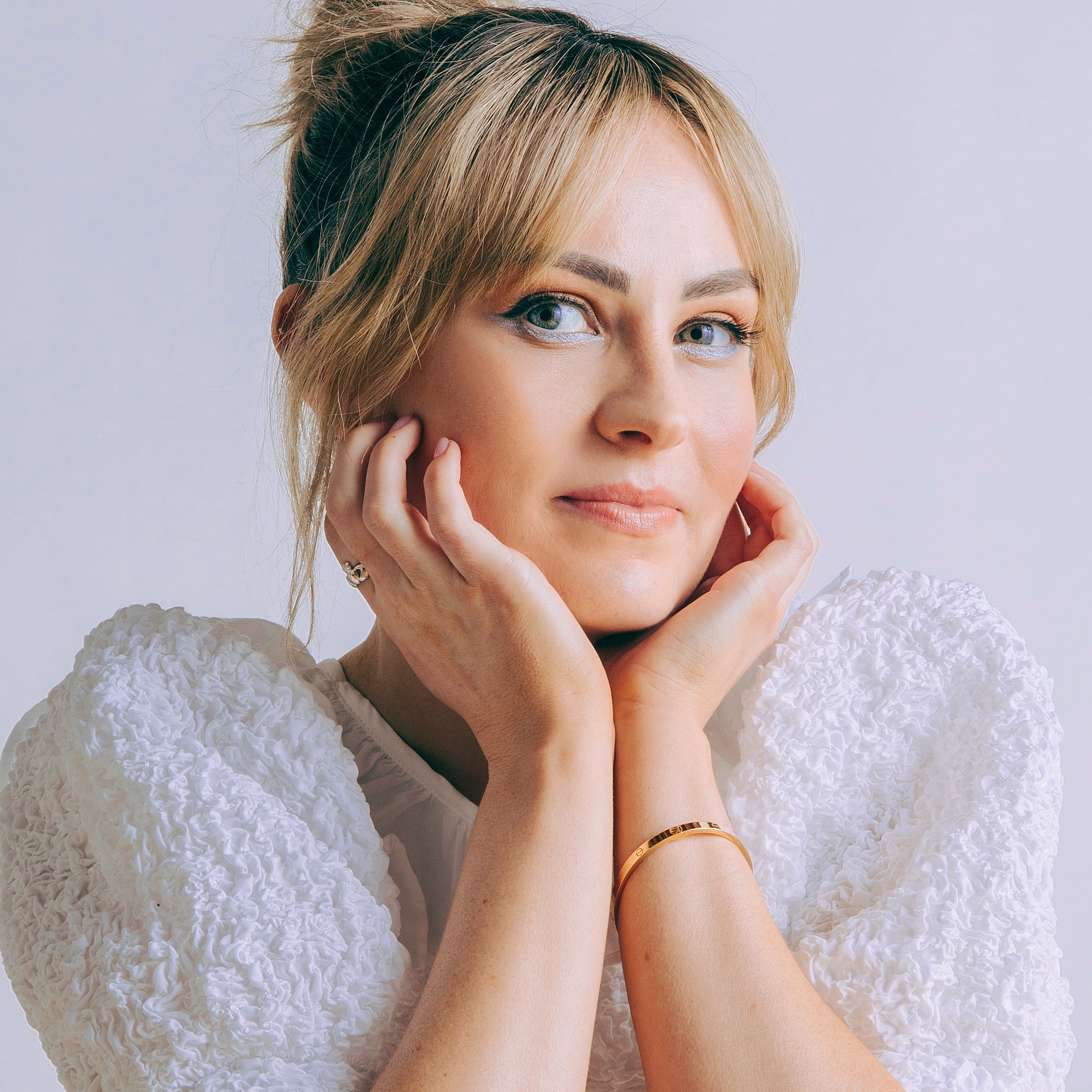 At just four-years‐old, Molly Burke’s world became a little bit darker: she was diagnosed with Retinitis Pigmentosa, a rare retinal disease causing loss of vision. Despite this, and the ensuing obstacles and hardships she faced, it wasn’t long before she began bringing light into the lives of others. Molly began public speaking at the age of five as an ambassador for The Foundation Fighting Blindness Canada. Since then, she has inspired hundreds of thousands with her story.

Over the years, as Molly’s vision deteriorated, her confidence and optimism only strengthened; but not without struggle or adversity. As a student she was tormented by bullies, and struggled with depression and anxiety. It wasn’t until she found the strength to face her challenges, and the courage to reach out to others, that she came to find her purpose - bringing hope to others.

As a motivational speaker, Molly has travelled the world sharing her story with youth, families and corporate organizations. She has spoken on stages across North America and the UK in front of audiences as large as 20,000. Molly has shared stages with some of entertainments biggest names; Demi Lovato, Macklemore, Martin Sheen and Magic Johnson, to name a few. She has collaborated with activist like Martin Luther King III, Archbishop Desmond Tutu, Malala Yousafzai and the Kielburger brothers.

In 2009 Molly ran with the Paralympic torch for the winter games and won the title of Miss Teen Canada International 2010. Molly was also a correspondent on the Orange Carpet for the 2013 TeenNick Halo Awards in Los Angeles. In the Fall of 2015 Molly was a panelist at a small roundtable discussion on entrepreneurship and youth leadership with Prince Edward, Earl of Wessex.

In 2016 Molly was selected to attend Canada’s first Youth Accessibility Forum in Ottawa, sharing her views on accessibility in Canada with Prime Minister Justin Trudeau. She was subsequently asked by the Canadian Government to represent disabled youth and speak at the United Nations on how to cultivate youth leadership in the disabled community.

In 2017 Molly became the face of Dove’s latest international ad campaign and was selected as one of thirty women worldwide to represent SpecialK’s partnership with the UN’s Girl Up to help develop the inner strength of women. Molly was also featured in Samsung’s 2018 Oscars commercial and was interviewed on the Today Show with Megyn Kelly for their Influence Her series where they showcase inspiring young women changing the world through social media. In 2019 Molly was selected as an Aerie REAL Role Model for American Eagle’s lingerie lifestyle retailer, and won a Shorty Award for in the Lifestyle category.

Molly is a makeup and fashion lover, enjoys singing, downhill skiing, and practicing suspension yoga and pilates. She loves glitter, eating sushi and cuddling with her guide dog, Gallop. Molly has been a passionate guide dog user and advocate of over 11 years.

Alongside her successful career as a motivational speaker she releases weekly YouTube videos to a worldwide audience of over 2 million subscribers. Molly openly shares her experiences of overcoming adversity and embracing diversity, connecting with her audiences at a very personal, emotional, and relatable level. She believes that we all have the strength within us to survive any challenge, and learn how to thrive from those struggles. Molly encourages others to let go of the past and look to the future with bright eyes and a positive outlook. Her goal is to educate, motivate and inspire others to find peace, happiness and achieve their goals, even in the darkest days.